In late 1942, General Dwight Eisenhower requested the U.S. Army have identical world globes constructed for President Franklin D. Roosevelt and Prime Minister Winston Churchill. U.S. Army Chief of Staff General George C. Marshall was tasked with commissioning the massive project, and the result was the largest and most accurate globe believed to ever have existed. 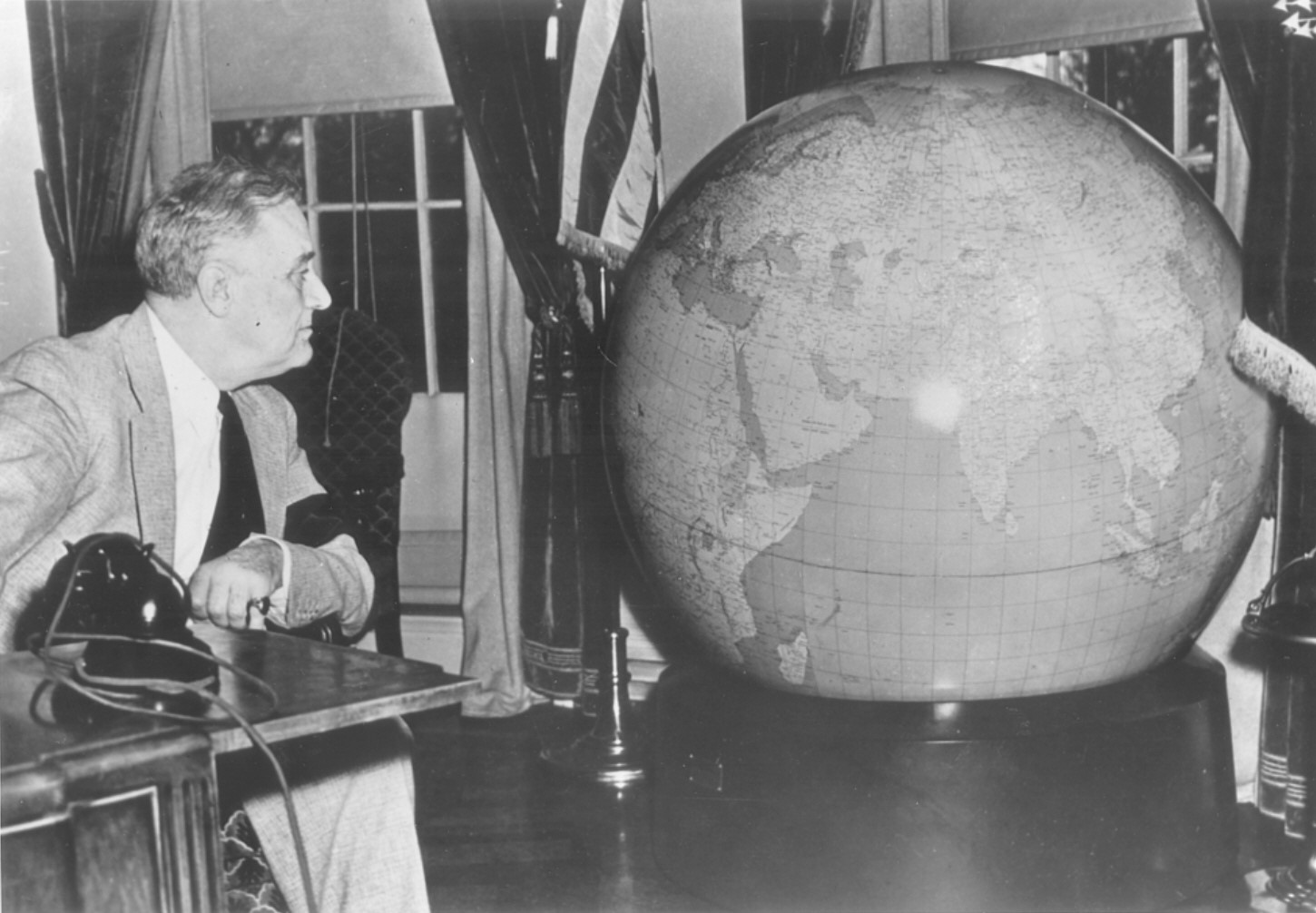 The battles now in progress make a most important introduction to the New Year because I am confident that they foreshadow great victories. That you may be better able to follow the course of these battles we wish to install a special globe in your office, the duplicate of which is being delivered to 10 Downing Street.
– General Marshall, in a letter to President Roosevelt

It took over 50 geographers and cartographers to gather all the data and information needed for all 17,000 place names to be included. They passed the job of constructing the globe to renowned U.S. globe manufacturer Weber Costello, and the result were two identical 50″ diameter, 750-pound 3D models of the Earth.

They were presented to President Roosevelt and Prime Minister Churchill in December of 1942. President Roosevelt had his globe placed right next to his desk in the Oval Office, sitting in a steel stand on rubber balls that allowed him to turn and examine the globe in any direction. It proved instrumental for helping the President and others plan shipping and other maritime transport, and visualize their overall strategy. 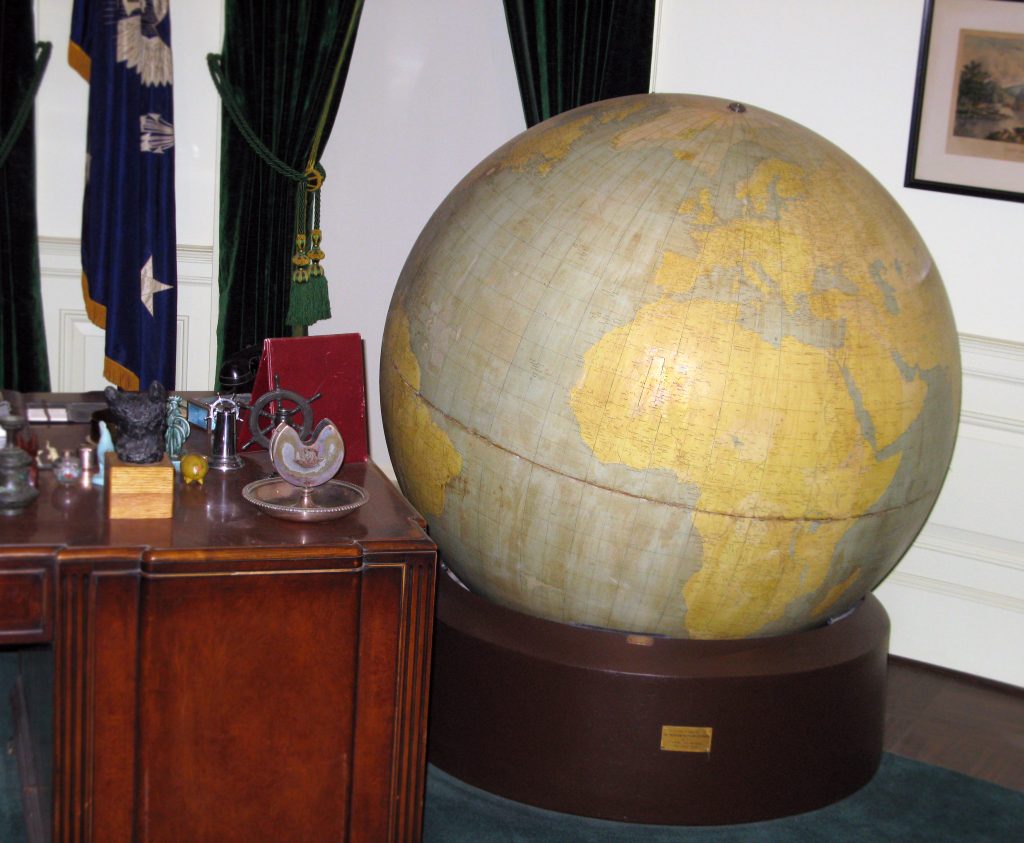