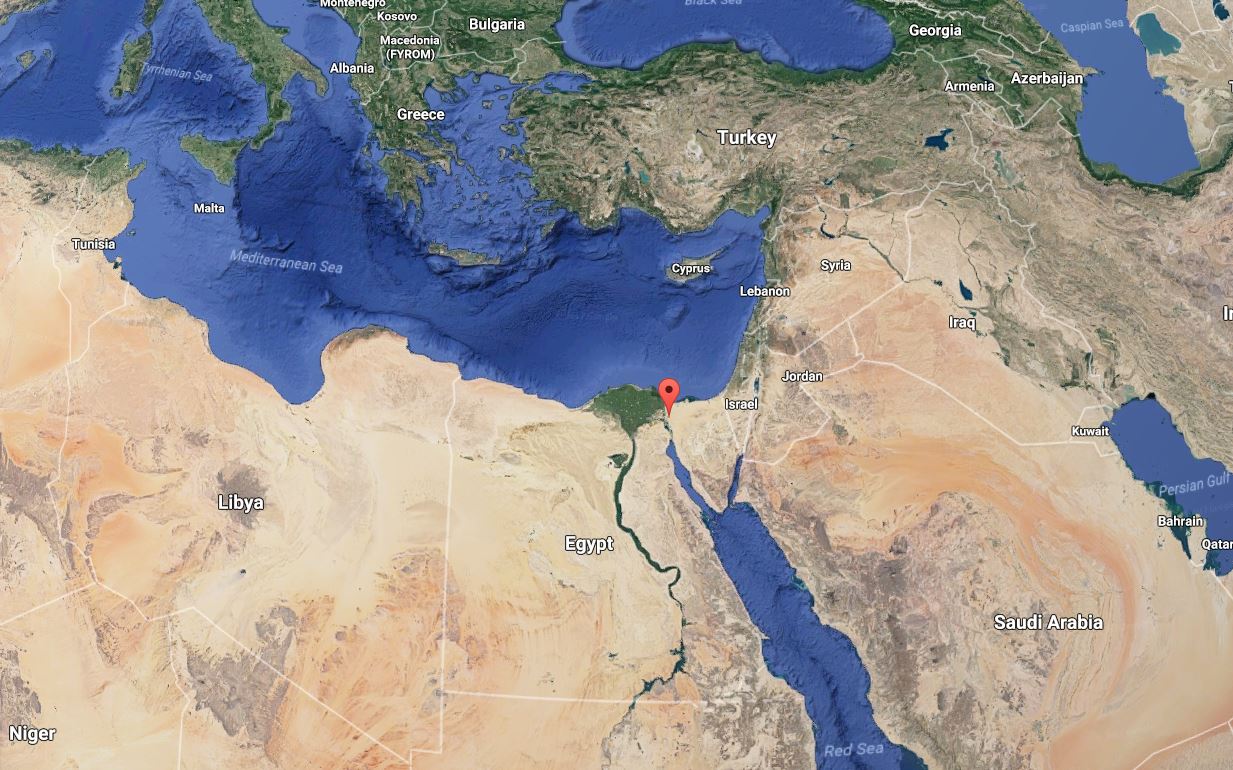 Pinning the location of Suez Canal. Map courtesy of Google.

148 years ago this week, the Suez Canal project was finally completed. Pre-dating the Panama Canal by nearly half a century, the Suez Canal cuts through the Isthmus of Suez, connecting and opening up our world to easier trade and maritime travel. 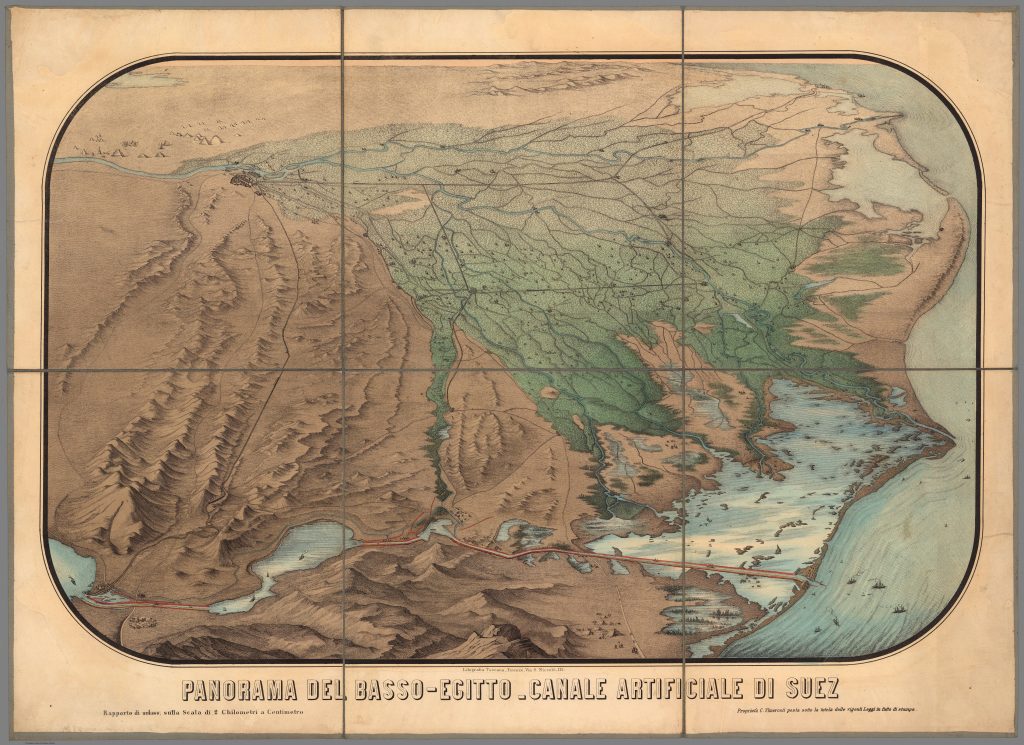 Many attempts are believed to have been made to connect Cairo, the Mediterranean, and the Red Sea via Lake Timsah, the first of which was by Pharaoh Senusret III in the 12th Dynasty, and then again by Necho II and Persian king Darius the Great. None of these attempts may have actually been completed, however. Philosophers and authors argued that had the canal been completed, the Nile would have been flooded with salt water due to the relative height of the Red Sea. Aristotle writes, regarding Pharaoh Senusret III’s claims of constructing a canal:

“So he first, and Darius afterwards, stopped making the canal, lest the sea should mix with the river water and spoil it.” – Artistotle, “Meteorology”

It wasn’t until hydrologists under Ptolemy II invented canal locks in 274/273 BCE that a canal of this sort could actually be completed. A few years later, but perhaps 1,600 years after work had originally began, the Mediterranean and Red Seas were finally connected.

As the years went on, the Red Sea slowly began receding southward away from its connection point at Lake Timsah, and by 1000 AD, the entire canal became overcome with sand and was no longer passable. Attempts were made to rebuild the canal, most notably by Venetians in the late 15th century in an effort to reclaim their spice trade now dominated by India. Their efforts were thwarted by Ottoman conquerors in the early 16th century, and no connection was built. 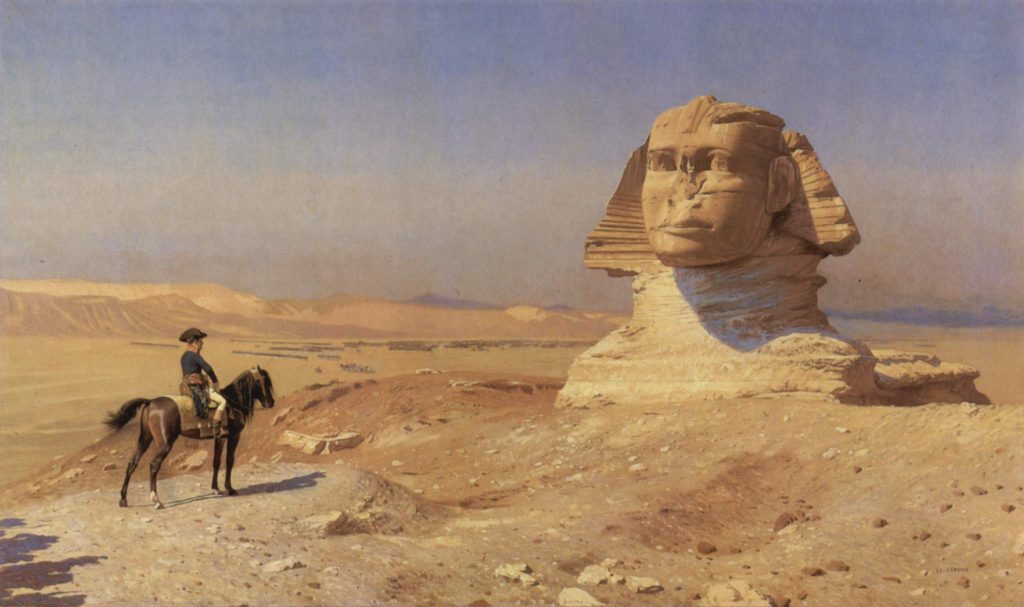 It wasn’t until Napoleon became interested in the subject during a campaign in Egypt in 1798 that plans for reconstruction began to take shape. He contracted cartographers, engineers, and archaeologists to investigate, discovered the ancient canal and began to research ways to build a new connection. His research incorrectly estimated the Red Sea being 33 feet higher than the Mediterranean, which would add extensively to the cost and time required to build, and he ultimately abandoned the project. It was his discovery and interest, however, that led to the beginning of construction of the Suez Canal in 1849. 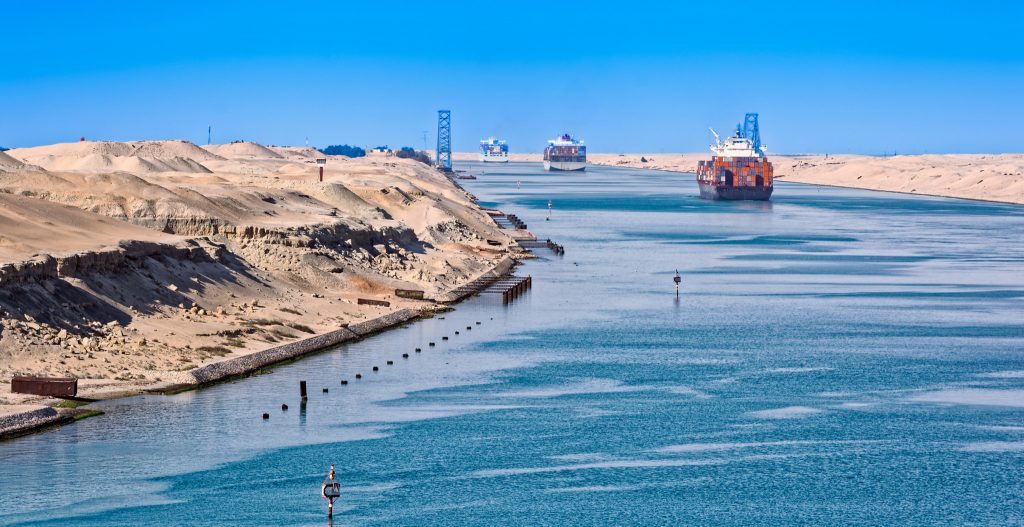 Today, the Suez Canal is quite busy, with around 50 passages each day, and plans are already in place to expand the canal to increase capacity. The Suez Canal provides a shortcut between Europe, Asia, Africa and Australia that reduces the trip around Africa by about 4,700 miles. Time will tell how long this iteration of the Suez Canal will stay, but its perceived permanence suggests that it will. It only took us about 3,900 years to figure it out.